Bungo Stray Dogs (文豪ストレイドッグス Bungō Sutorei Doggusu, lit. Literary Stray Dogs) is a Japanese manga series written by Kafka Asagiri and illustrated by Sango Harukawa, which has been serialized in the magazine Young Ace since 2012. 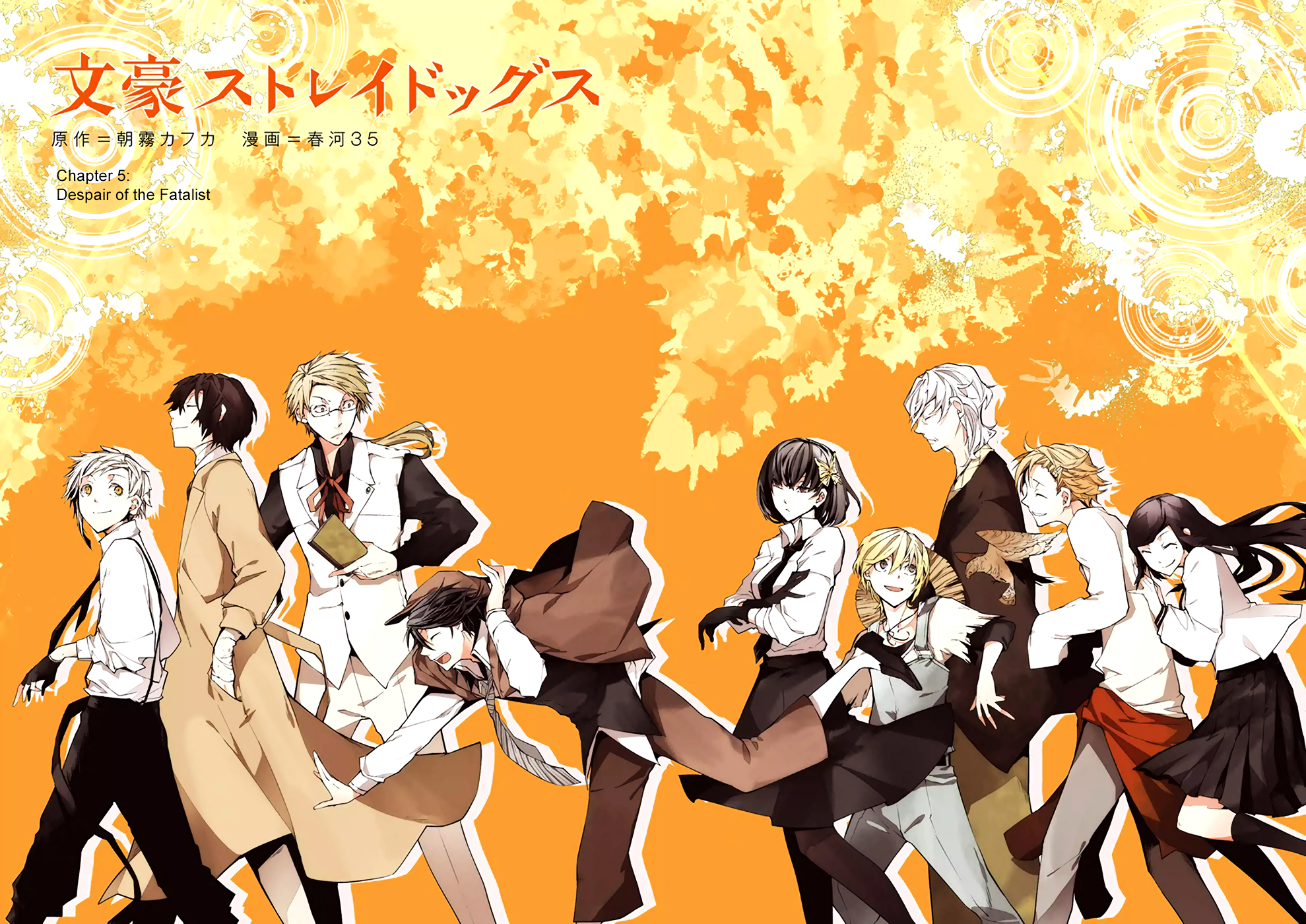 The story centers on individuals who are gifted with super natural powers and use them for different purposes including holding a business, solving mysteries, and carrying out missions assigned by the mafia. The story mainly follows the members of the “Armed Detective Agency” and their everyday lives. 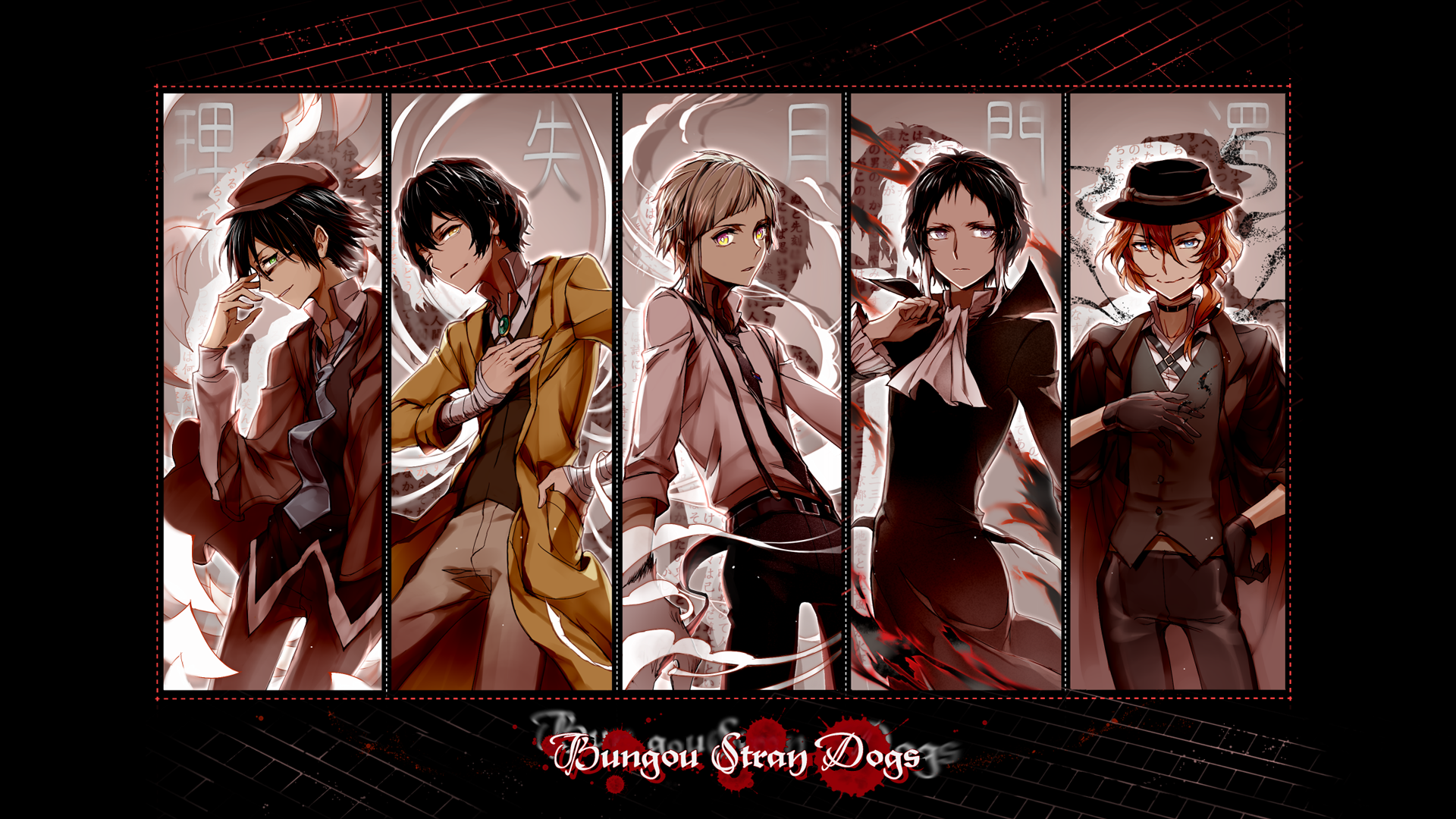 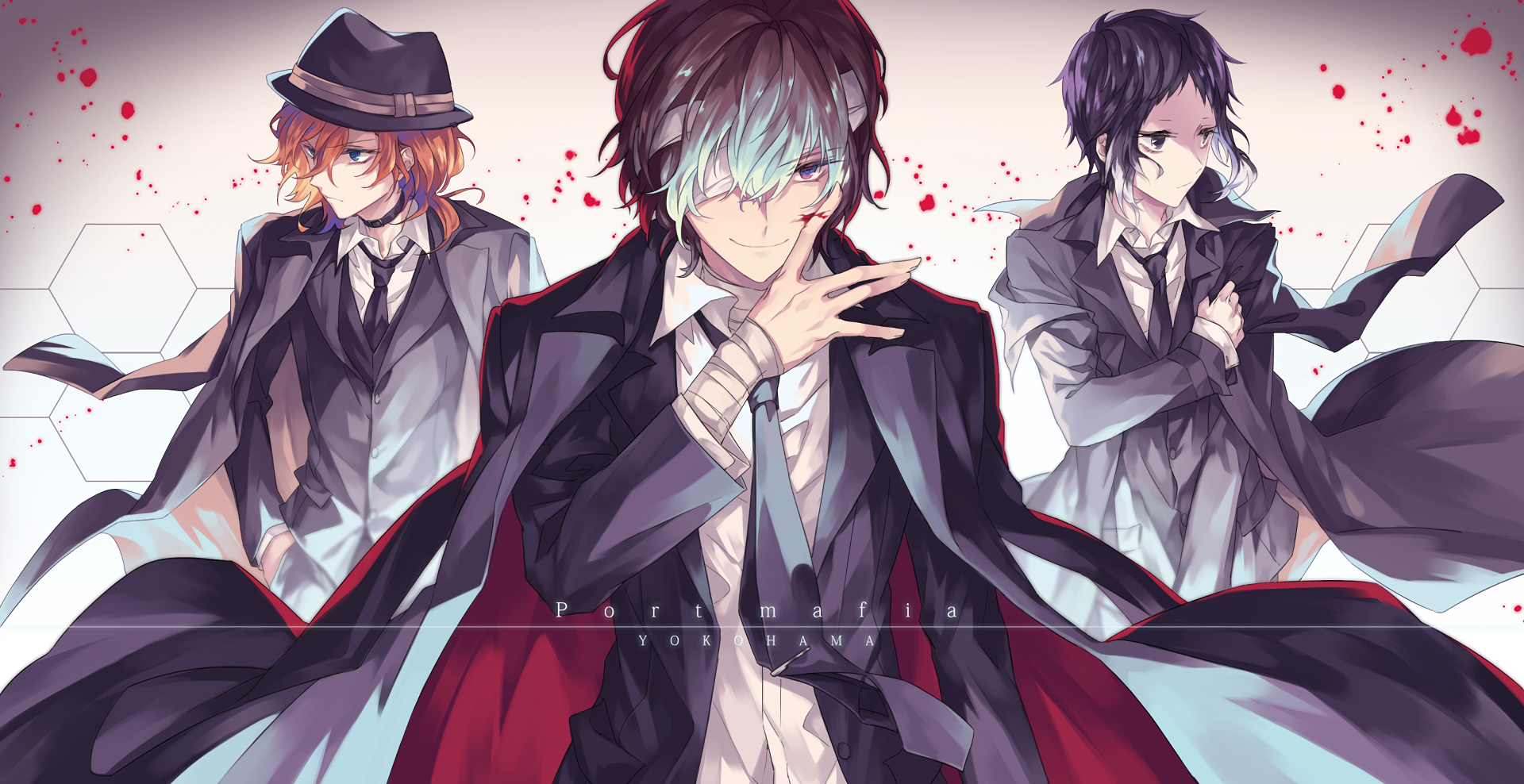 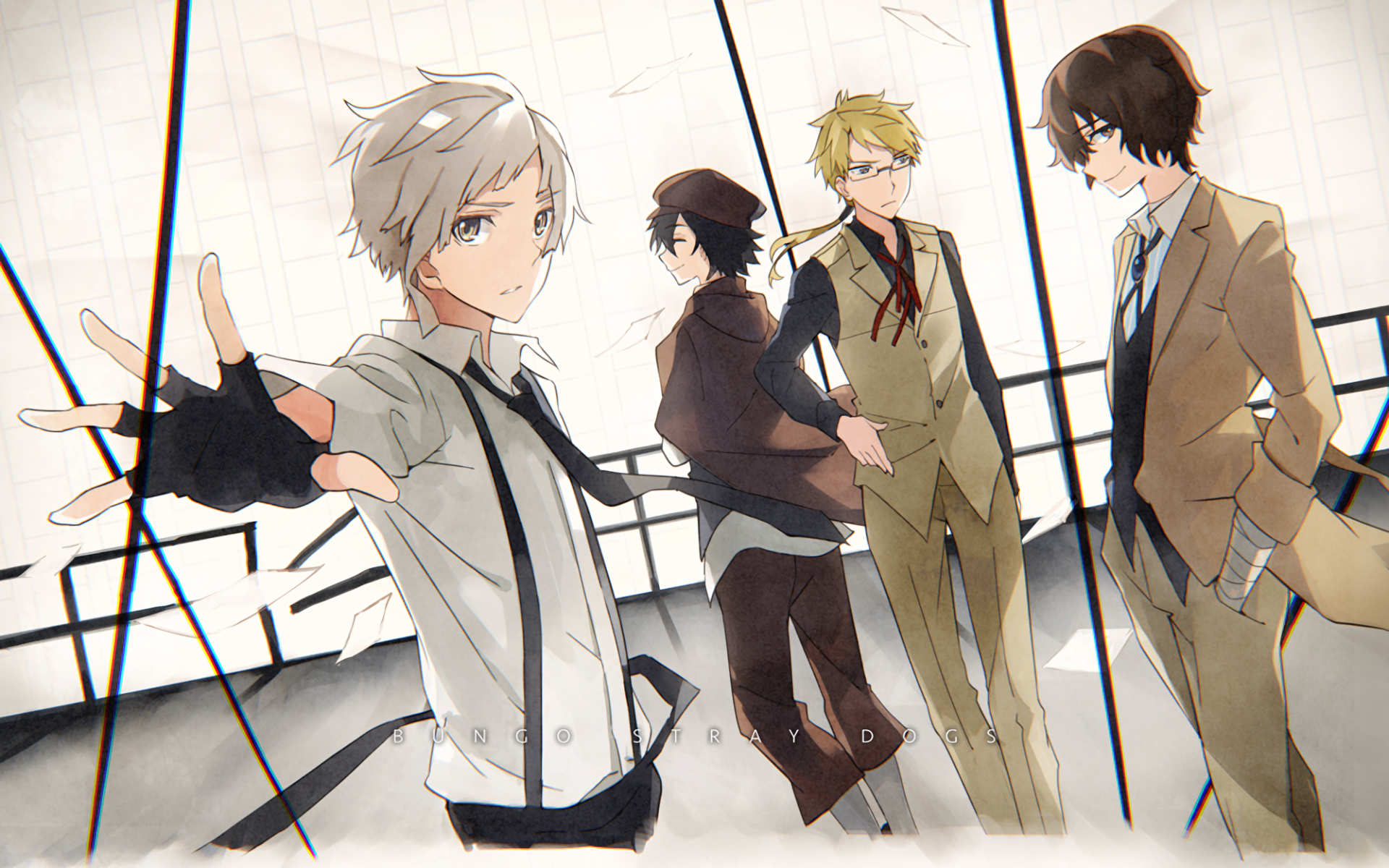 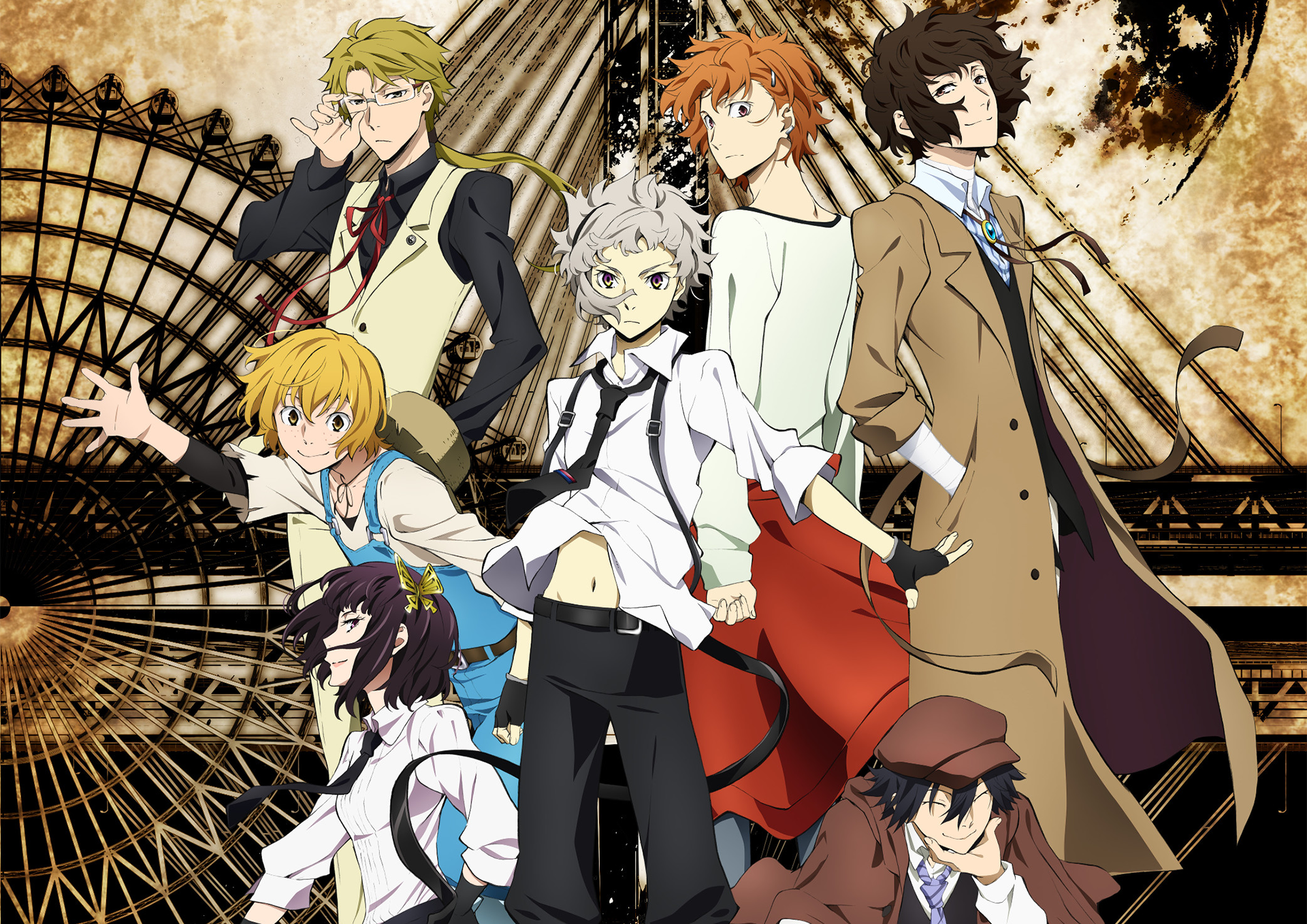