Category: Your Lie In April

Piano prodigy Kōsei Arima dominated various music competitions and has become famous among child musicians but also controversial. After his mother, who was also his coldhearted, abusive instructor who forced him to play the piano emotionlessly, died, he had a mental breakdown while performing at a piano recital at the age of eleven. As a result, he is no longer able to hear the sound of his piano even though his hearing is perfectly fine.

Two years later, Kōsei hasn’t touched the piano and views the world in monochrome, without any flair or colour, resigning himself to living out his life with his good friends, Tsubaki and Watari, until, one day, a girl changes everything. Kaori Miyazono, an audacious, free-spirited, fourteen-year-old violinist whose playing style reflects her manic personality, helps Kōsei return to the music world and shows that it should be free and mold-breaking unlike the structured and rigid style Kōsei was used to, and as she continues to uplift him, he quickly realizes that he loves her, though she already likes Watari.

However, while performing together (Kōsei having been dragged into it by Kaori), Kaori suddenly collapses after a moving performance and is hospitalised. At first Kaori says that she is anaemic and just needs some routine testing, but this is revealed to be a lie when flashes of her past reveal her collapsing and bleeding many times before.

Finally Kaori is discharged and back to her happy, crazy-self, inviting Kōsei to play at a Gala with her. However, Kaori fails to show up on the day of the Gala, and as her health worsens, and she begins to give up on life. This time, Kousei is the one who inspires her after playing a duet with Nagi Aiza, the pianist sister of a fellow rival of his. After shedding tears and listening to it, Kaori opts for a risky surgery that will kill her if it fails, just so that she can play with him one more time.

Much to everyone’s sadness, Kaori dies due to the surgery, but leaves a letter to Kōsei which is given to him by her parents at her funeral in which she eventually states that she was in love with Kōsei the whole time, and she lied that she had a crush on Watari to get closer to him while not hurting Tsubaki’s (who also has a crush on Kōsei) feelings. This was her lie: a lie she told in April. 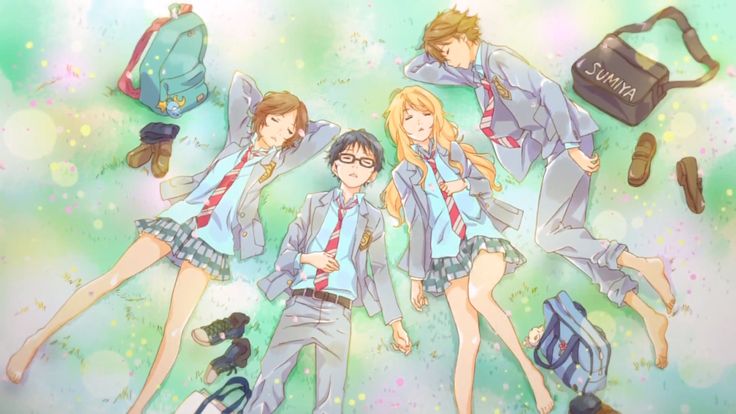 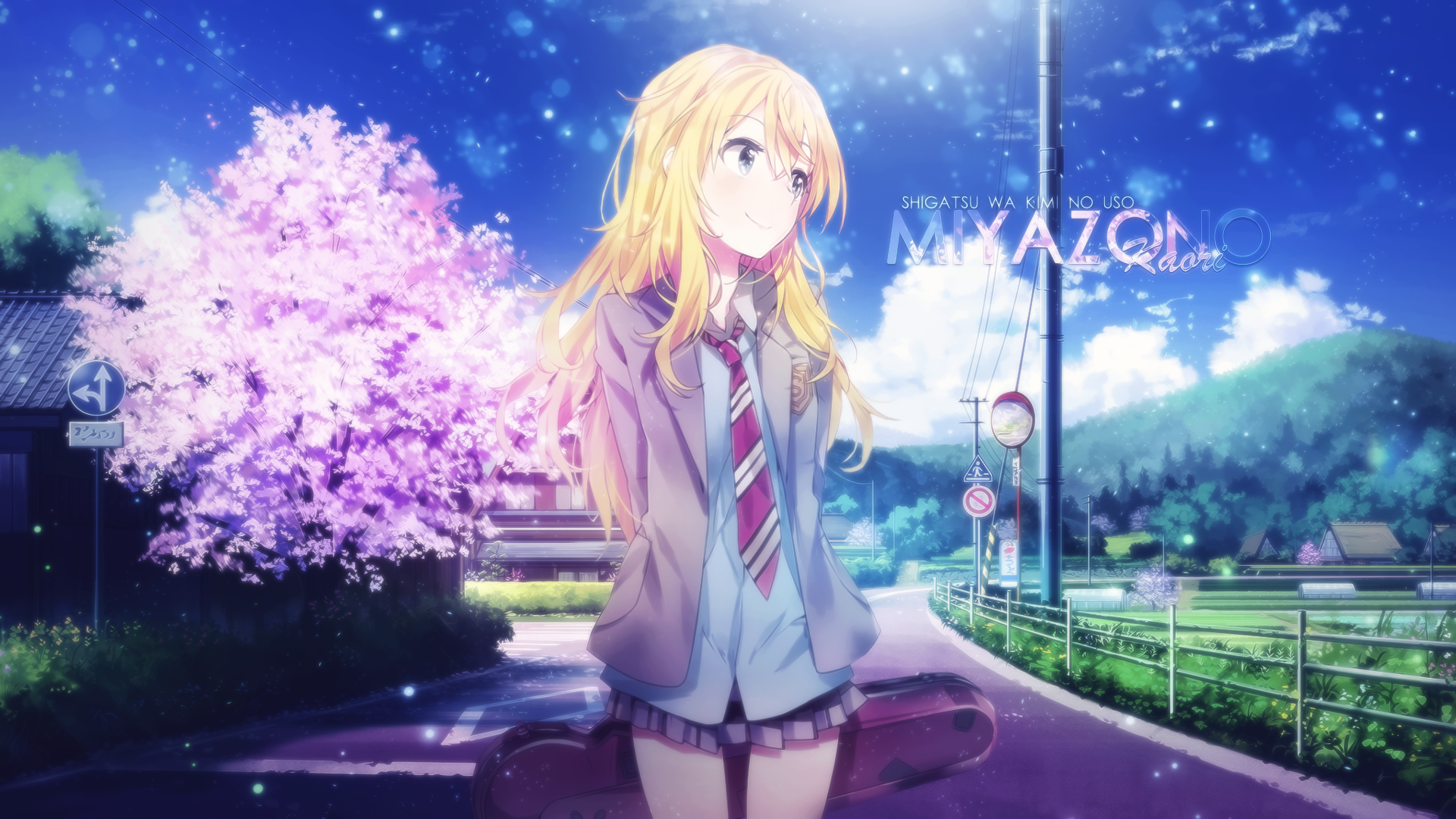 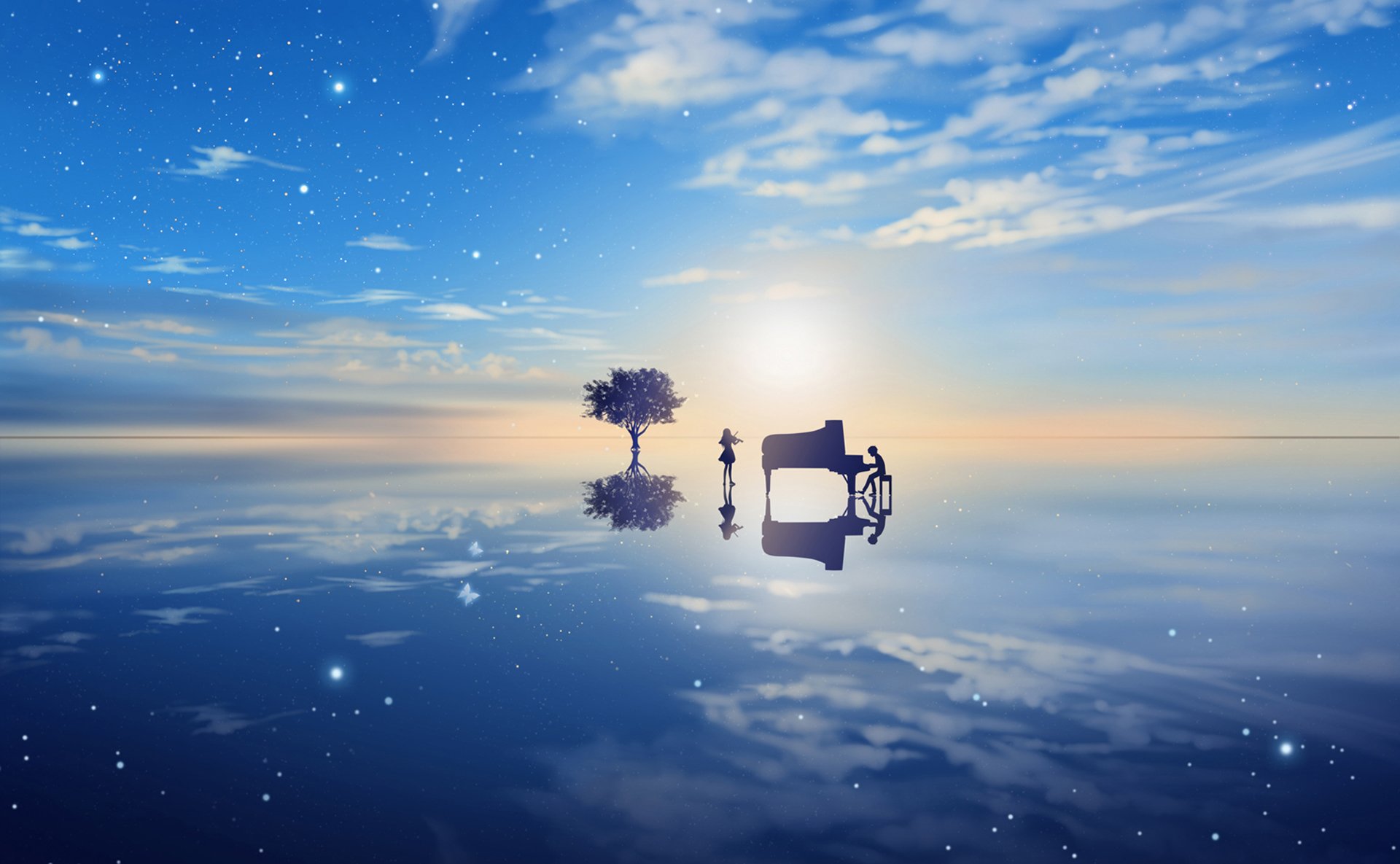 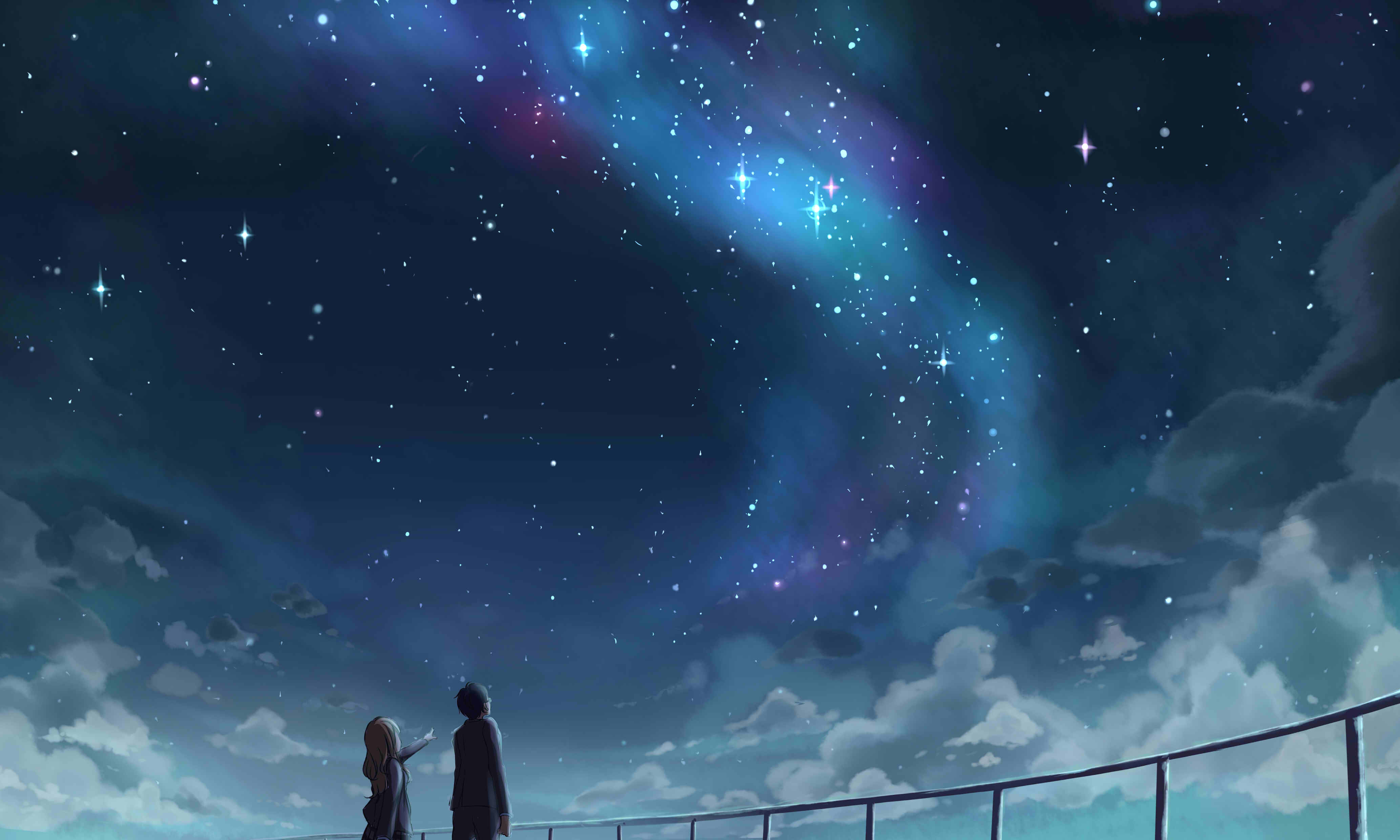 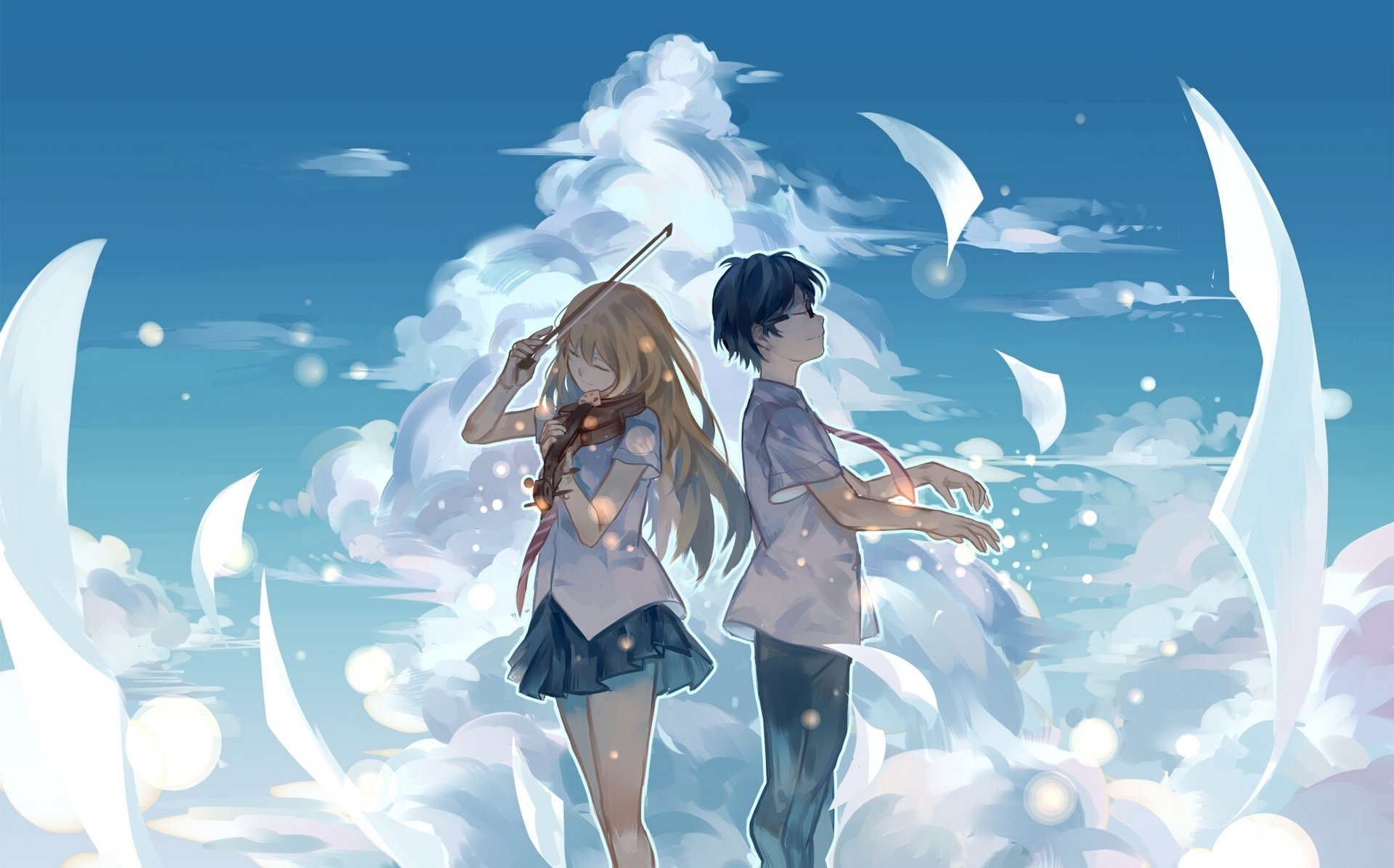 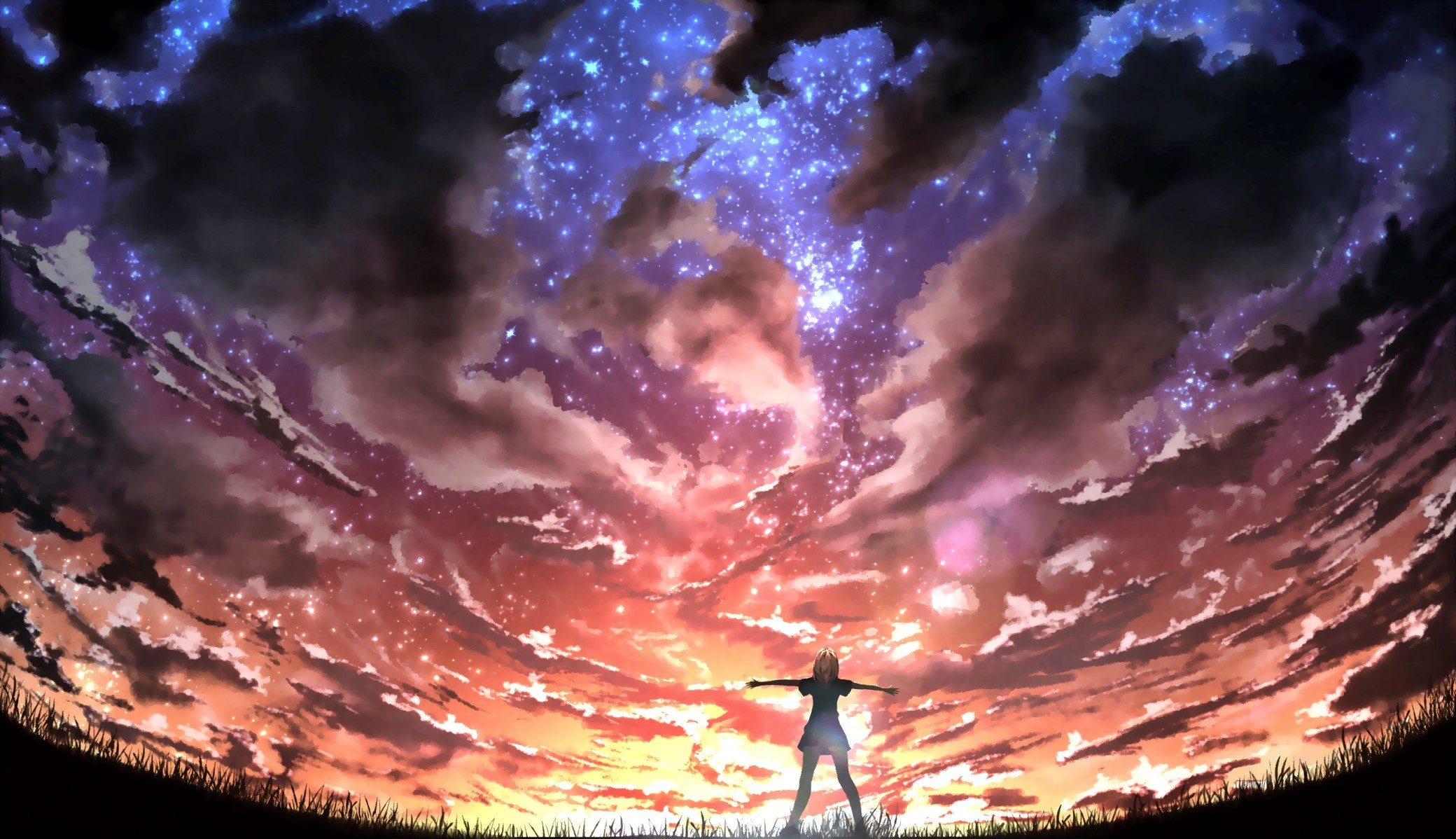 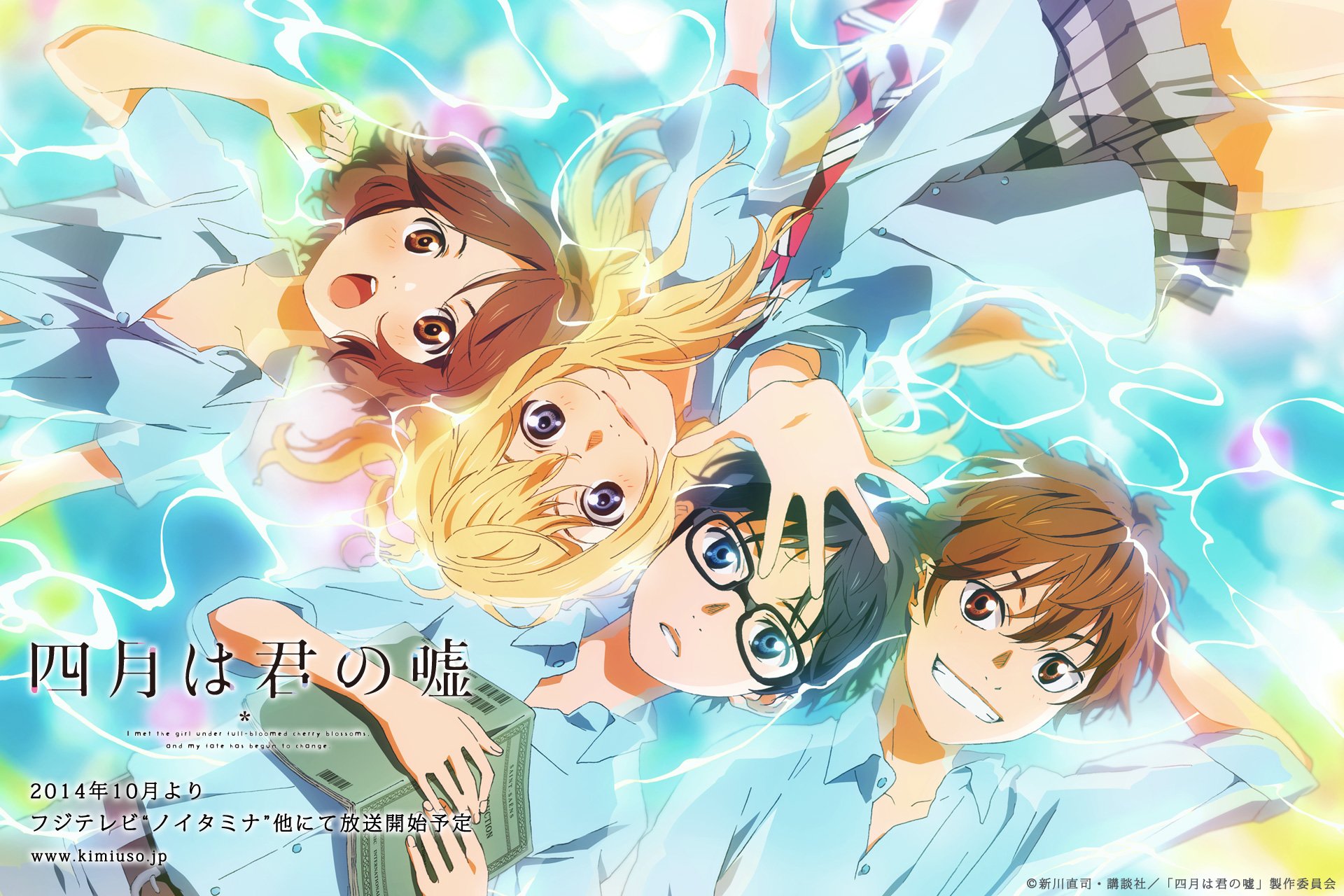